See how long you can survive on an island full of wildlife – and even wilder people! Compete for resources with a new 2-handed control system that doubles the ways you can interact with the world around you – putting the power to create or destroy in your own hands. Explore the island’s 10 unique locations long enough to solve the mystery of why you’re there – and what lies on the other side of the ocean…

While the game is mostly free to play, you can upgrade to “1st Class” to save your changes to your character and every other. This also removes ads and increases your chances of surviving death to ensure you live your life to the fullest! 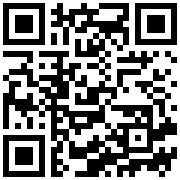