When the entire world is at war, bold generals rise to the challenge and lead their armies toward Global Conquest. The time has come for you to strike! Do you have what it takes? Build your base, dominate regions of an actual real-world map, and lead your faction to conquer every nation of the globe!

You are a single modern military order, cut from the same cloth as a sultan or the Vikings of old, destined to forge a mighty empire. But you are not free from rivals. Many generals share your ambition and have their own loyal armies to back them. Some will join you and your clan. Some will clash with you as rivals. But friend or foe, only one can reign supreme.

Go boom or go bust as you recruit skilled commanders into your army, build a massive war machine, forge brilliant strategies, and order strikes on enemy bases in the most massive free MMO warfare game on mobile! 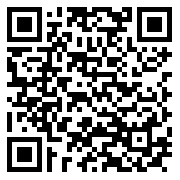