Welcome to the ruthless world of Vikings, where freedom, power, fear and violence reign supreme! Become the leader of a large army, lead your troops to victory and prove that you are the mightiest conqueror among a million players.

Try on the role of a wise and courageous Jarl, respected and feared by all! Construct magnificent buildings, take part in victorious campaigns, train your valiant warriors and boost your coffers. The superb graphics, compelling story and dynamic battles will have you hooked from the moment you start playing! 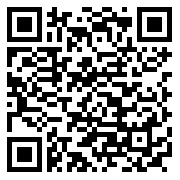