Dungeon crawl and craft items & loot to battle monsters in this unique tactical RPG! Guide your heroes through epic dungeons, rescue new heroes, beat powerful bosses and rebuild your village in this unique spin on a roguelike RPG!

A super unique adventure RPG every time you play! Craft items, problem solve, and recruit new heroes to adventure & rebuild your village in this tough as nails roguelike! Equip ropes, weapons, potions and craft items as you go to defeat bosses and recruit heroes! 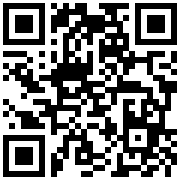