Join millions of players in the battle for Earth! Side with the Autobots or Decepticons and assemble the ultimate team of Transformers using Combiners, Triple Changers and Beast Wars characters. 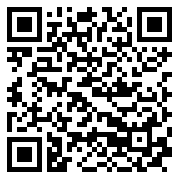