The Phenomenon is an episodic survival horror game with great re-playability. The main character is Barry Nellan, a paranormal researcher whose work is known worldwide. Many cases connected with unexplained activity were investigated. Most gave no real results, but the last one…

“Hospital Sinister” is the name people have given to this abandoned hospital. Many people try to avoid this hospital as when they are near it, they start feeling bad; it seems as though real fear and panic are stalking you here. There are rumors that a curse was put on the hospital and that evil inhabits it. It appears as a ghost, and it is called Sophie.

Little girl Sophie was struggling with an unknown type of amnesia, and her parents took her to the hospital where her granny, Annabelle, was a nurse. She was not getting better, and the girl was a resident of another country, undertaking expensive treatment. These events forced Annabelle to resort to non-traditional methods of treatment. After the death of her granddaughter, Annabelle could not sleep properly, she always had nightmares in which she was walking among Sophie, her grandpa, and dead people. Not intending to sound trite, it was Friday the 13th when the old woman decided to settle a score with her own life in the forest. Shortly before the closure of the hospital, sinkholes began to appear around it, and the windows started turning black, preventing daylight from passing through.

The hospital security guards Charlie and Alan call these silly stories, blaming the abandoned mine, Outlast, which is partially located under the hospital. It causes the ground to collapse and due to coal dust there is always a constant mist and windows turn dark. In addition, the security guards don’t believe in the hole, Devil eye, inside the mine that is deeper than the Kola Superdeep Borehole and leads directly to Hell, where a demon voice or the scream of someone’s sinful soul can be heard.

Charlie and Alan say that ufologist Oliver Wake recently began to explore the hospital. In his youth, he was inspired by The X-Files , and since then he has been blogging, mostly on topics like Bigfoot, vampires and werewolves, UFO hunting, and the conjuring spell. Many people know him from the article about the Lazarus serum within the secret government program. Currently, communication with Oliver is lost.

You can find far more absurd legends about this hospital that come from internet videos and PC games, right up to those that people can find Rake, Slender here or, unbelievably, Baldi and Momo. But all those are just rumors, right? 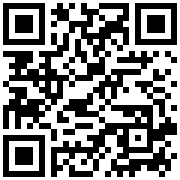