The one word [Tower], which remains in the boy’s head who lost his memory. It’s a story of him entering the tower by following his memory. When Zero came to senses, he realizes that he is in a cave. Arriving in the front of the tower by depending on the word that is ringing in his mind, he goes into the tower after meeting the spirit ‘El.’ In the tower, he can only do battles based on ‘Rock-Paper-Scissors’ by the rule of the spirit El. 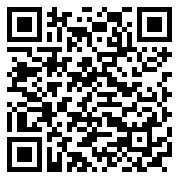