You, the greatest and most powerful summoner, broke into the King’s castle and stole his priceless royal treasure! You gleefully take your loot back to your lair… But! The King has sounded the alarm and deployed his endless army of valiant heroes to bring it back! Grrr… It’s time to ready your defenses! They can’t steal your Precious…

In this idle TD game, you will strategically place your towers and cast powerful spells to defend against endless waves of the Kingdom’s mightiest heroes. Defend your ‘stolen’ (pshhh) loot against a variety of do-gooding heroes like the lowly peasant, the axe-wielding lumberjack, the ice mage and the King’s Elite Knight himself – you kinda don’t want to mess with him! 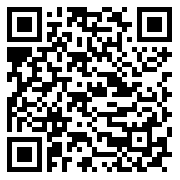