Surfs in the subway and begin this exploring frenzy! Swipe to turn, jump and slide to avoid hitting obstacles, barrier and subway trains. Swing to avoid the cliff, drag the princess to escape from subway beast and dead zombies, to be the best subway runner. Slide the screen to rush in subway, escape from Santa Claus.

There will be a surprise to run along the way in the train rail, city road and special gift to earn if you’re lucky! You can also equip your props in order to become the ultimate explore! 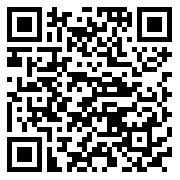