Win the challenges in stunt tracks with your awesome stunt car! Drive on tracks with jumps, loops and obstacles! Race against a train! Beat the cop cars in San Francisco! Try the new racing levels against the opponent car! Start playing the fun tracks right now, and challenge yourself to get three stars from all levels!

Complete the Arizona levels, and open San Francisco city and port levels! Drive on the spectacular tracks on Golden Gate bridge. Beware of the trolley cars and cops in San Francisco though. 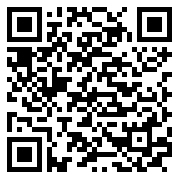