Stickman Legends is truly the greatest combination of action Role-playing game (RPG) and Player vs Player (PvP). Based on the epic theme of heroic knights and evils, this top offline fighting-shooting game will bring you to the most awesome and intense adventures.

Are you brave enough to face evil creatures, creepy zombies and dark monsters? Are you confident enough to test your fighting and shooting skill in one action game? Get ready to be the greatest hero that free mankind from devils in this intense Shadow War! 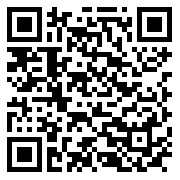