Smash the City to pieces with a line up of legendary monsters! Punch down buildings, smack down skyscrapers, bash houses to bits! The police, SWAT, and the army will try to stop you causing maximum destruction! Battle APCs, tanks, helicopters and more! How much City can you SMASH?!

Take control of a giant Ape, Lizard, Wolf, Spider…even a Penguin and a Giant Bunny! Take your highest scores to the leaderboards and beat your friends! 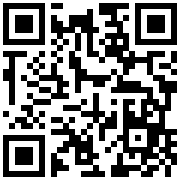