500 years ago, the fierce dragon beast Typhragon went rage and was about to destroy the earth. An ancient hero defeated the dragon beast and then sealed its spirit in a soulstone. Until one day, the soulstone was stolen by the Phoenix Raiders who then summoned the dragon beast and bred a fierce alien monster army to invade your world. You will train your monster squadron to join the Monster Strikers Force and strike back against the alien invaders. 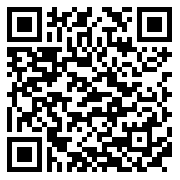