Join the army vs. army wars of SIEGE: TITAN WARS® that take place on an epic scale! Conquer players from around the world in live PVP battles.

Collect and upgrade remarkable cards, including legendary warriors, devastating spells, and enormous Titans. Destroy your opponent’s Towers and siege their Castle in spectacular battles. Call upon Titans of legend and watch your enemies fall.

Master your strategy and climb the ranks! With nine Tiers to conquer, you will battle legends and rise to the top in SIEGE: TITAN WARS®. 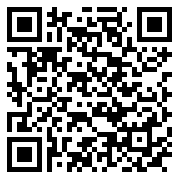