The world of shadows stands at the edge of a great war. The incomprehensible force, that came out of the Gates of Shadows many years ago, is now an ordinary source of power. The Shadow energy is everywhere nowadays. A tool and a weapon. But not everyone finds this state of affairs a good thing.

There’s the Legion, a mighty military tribe who has its primary purpose the elimination of hazardous energy. There are people of the Dynasty who learned to use it for the benefit of their own people. And there are the mysterious Heralds whose goals are vague. Three different ways of living and fighting. Their war will determine the world’s fate for many years to come. Which side you’re on? 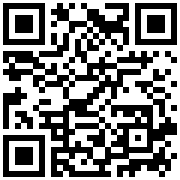