Samurai II sends Daisuke on a quest for revenge across the war-scorched countryside. From a seafaring village to a flying fortress to the legendary Isle of the Dead, the samurai will stop at nothing to hunt down his arch-enemy Orochi. Will he get his Vengeance?

The long-awaited sequel to Samurai: Way of the Warrior! While the original got rave reviews for its stylized manga graphics and quick, bloody gameplay, Samurai II delivers even more action and an intuitive new control scheme.

Samurai II is a true successor, aided by over a year of focused development. Overall production values and vicious action put Samurai II on par with console 3D brawlers. Screenshots don’t do Samurai II justice – the fluid action has to be seen running at 60 frames per second. 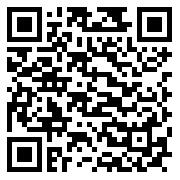