Experience the full glory of ROME: Total War on Android. Conquer and rule the ancient world by fighting spectacular real-time battles in an enormous turn-based campaign. 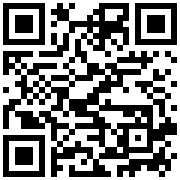