Rise of Empire is a Massive Multi-Player, Real-Time strategy war game. The player will take on the role of a leader of a small town devastated by the invasion of the Eastern Dynasty and the mysterious appearance of the legendary Death Harbingers who now has corrupted and have full control of the ancient powers of the dragons. Build your empire once again from the ruins, train your troops, tame dragons, recruit legendary heroes and join your allies in the non-ending war. To befriend or to plunder, the choice is yours! 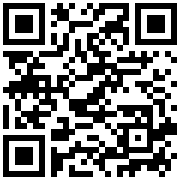