Calling all strategic tower defenders! Are you a fan of epic online tower defense games? Download now to join fantasy heroes like Smoulder the Dragon and many others in their ongoing quest to defend the realm!

This real-time kingdom rush castle defense game needs your help to battle and conquer! We need your skills to defend the tower – The Allied Kingdoms have one choice in this TD game: defend, defend, defend! Battle with Death Knights and fight alongside dragons, wizards, ice queens, knights and other ancient gods in our magical fantasy adventure field! You can acquire gems, potions, elixir, and even spells while working your way up to become a champion and hero! Are you ready to save the kingdom and be the best realm grinder out there? 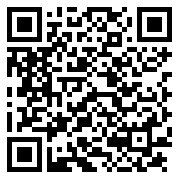