Battle your way through a visually-stunning realistic fantasy RPG with hundreds of Champions from 16 playable factions. To save the world of Teleria, you will recruit its most legendary warriors from the forces of Light and Darkness. You must train these champions to fight together, mold them into living weapons, and assemble the most epic raiding parties ever seen. Your path to victory will see you will master strategies to defeat dozens of boss battles, slay dragons, and crush opponents in the PVP Arena. To become a legend, you must do more than simply become a hero – you must lead. 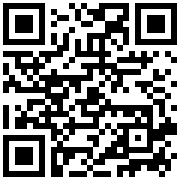