Jump behind the wheel of the world’s hottest sports cars and prove yourself in high stakes racing. In Rivals you challenge or get challenged by live opponents around the world. This is true real-time racing at your fingertips!

Customize your car with thousands of combinations of performance parts – everything from air filters to wheels. Add a supercharger or turbo and then juice it with NOS to blow by your opponents. Make it your own with matte and satin paints, custom rims from the hottest players like Volk Racing or Pacer and tires from Nitto that are more than just for show!

Race & Crush your opponent’s car to move up the leaderboard in your territory. Assemble your crew of friends and dominate other teams in Turf Wars! Message with your team to develop tuning tips and turf strategies. Compete around the world in weekly Turf War events, and win the fastest & rarest cars, the best wheels, and the sickest wraps.

Hard core Racing – you can actually take other people’s cars in pink slips races. Back your claims with skill unless you’re prepared to lose cash – or your car! The stakes are high and the risk is real. Can you handle it?

The CarDex, is your guide to 100’s of cars in Rivals. This feature shows the rarity of every car, and how exclusivity of the garage you’ve created. With new cars dropping each week, CarDex is the place to go.

Build up your garage from a huge collection of licensed cars including Porsche, McLaren, Subaru, Dodge, Ford, Chevrolet, BMW, Honda and Ferrari. If stock cars aren’t exciting enough kit them out with Rocket Bunny, RWB, Liberty Walk, Vorsteiner and more. What to do with all those pesky rewards from playing? Collections is your answer. Choose your collection and slot your items to claim your reward. Some might take months or require extremely rare items to complete. If you’re up to the task you’ll earn some of the most exclusive content Racing Rivals has to offer. 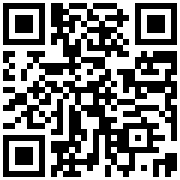 After 5+ years of customizing the world’s hottest cars, competing around the world in Turf Wars and putting it all on the line to race for pinks, RACING RIVALS will be shutting down on March 31, 2019. On that date, players will no longer be able to access the game.

Effective immediately, in-app purchases are no longer available. However, players have regular use of the inventory currency they’ve accumulated and currency that is awarded from now through March 31, 2019.