The ocean world has been thrown into disarray and chaos as Pete, the villainous God of the Sea, coerces the oceanly creatures to do his vile bidding. Play as Tack, an enraged 4-legged octopus (a quadropus!) who is tired of Pete’s shenanigans. In your epic quest to defeat Pete you will dive ever deeper into the salty abyss, slaying hordes of Pete’s minions while discovering mountains of weapons, powerups, and loot. 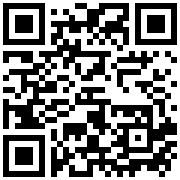