The survival game Prey Day is set in a post apocalyptic world: in 2033 the world saw an outbreak of an unknown infection that destroyed almost all the humans.

Prey Day – online survival game which takes place in the huge city of apocalyptic world. An unknown virus destroyed a large part of the population, leaving only a handful of survivors. Most of the inhabitants turned into zombies or mutated under the influence of the virus. Among the labyrinth of empty streets, the survivors fortify camps to resist zombie hordes and sneak outside to find relatives and discover the cause of the infection.

You are one of the few survivors whose destiny is directly related to these events. Deal with hunger and thirst, look for the survivors’ camps, build your own shelter from the gathered materials. Investigate the causes of infection by completing the quests. Explore into the darkest corners of the City to craft unique armor and weapons. Build vehicles that will grant access to hard-to-reach areas.

Enter into confrontation with other survivors, greedy for the loot you carry. Unite with other players in online zones to fight back zombies and other players hiding in the streets hunting for easy prey. Gather your friends to go together to the most dangerous parts of the City.

Prey Day: Survival is an open game where you are free to move anywhere in the city. Explore shopping centers, hospitals, schools and convenience stores. The world in the game was destroyed after the Zombies disaster, so the scene looked ruined, desolate and bloody. However, good graphics diminished its horror. You can see corpses everywhere in the city. Top-down viewing angles help you look around, avoiding ambushes by zombies. In a horror game, the sound is an important factor. It made the game more dramatic, many situations startled players when a zombie suddenly appeared from the dark. 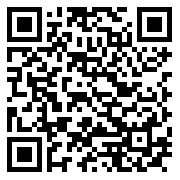