Pocket Rogues is a dynamic old school Action-RPG designed in the Roguelike genre. Here, you have to shoot your way out of hordes of monsters by traveling through unique and randomly generated locations and develop your own fortress and heroes.

Real-time battles will challenge any hardcore player, and research for environment and many unusual techniques will engage you for long hours.

Dozens of dungeons filled with unique loot and monsters will be in Pocket Rogues. The game has a lot of heroes for whom you can play, as well as many bosses against whom you will fight, and the battle will be a real test for you. And the traditional components of the RPG genre, such as character upgrade and exploring the world around them, will never let you feel bored! 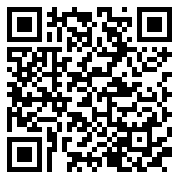