Forget about everything that you’ve seen before, soldier! It’s an absolutely new multiplayer shooting game! Are you ready? Everything will be different this time!

Let’s start! Get ready for a new pixel shooter experience! Play in the Sandbox mode to master your weapon and improve your shooting skills in FPS. Learn how to win any combat and become the most effective enemy killer! Then move to the Capture mode, join the army, control the checkpoints, kill the enemy team with awesome guns, and score more points! Participate in the tournaments, join squads, shoot, and win!

There are different cool maps included in the battlefield, ranging from Western City and Desert Base to Pirate Frigate and Railway Station. Win them all! Kill your enemies on the war battlegrounds and get more cups to increase your international ranking.

Choose from all types of heroes with unique skills and varied perks that make them even better with each new level. Pick the best skins for each character. Each hero has a unique set of weapons, such as Revolver, Stinger gun, Pump Shotgun, Skinner, Razor, Striker gun, Cutthroats, Boxing Gloves, Beretta, and much more! You can always choose what you want to improve in your hero!

And don’t forget to use your hero’s awesome abilities in our pixel shooter. Throw grenades, use deafening charges, shoot with bazooka, make flying jumps that damage everyone around, launch medical drones, deploy mines and traps, stay invisible, use flamethrower to burn everything on your way – and this is still not all!

Get medals in the arena for player kill, first blood, double kill, team victory, kill strike and other achievements! Open all kinds of chests that contain common, rare, or even legendary perks. Use them to make your character stronger. Start in the Copper League, complete all tasks, win the battles, and get to the Diamond league!

Have fun with one of the best shooter games and participate in the most epic killing battles ever! Play alone or with friends, play in a team choosing the best tactics for each game.
Be the best in this pixel game! It’s time to WIN! 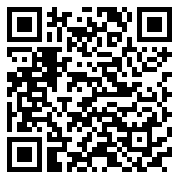