Build your space station in this sci-fi space strategy game!

Experience the new generation of city-building, commerce, discovery and resource management. Create your own space station with a unique blend of simulation and real-time strategy.

Pantenite Space Mining is a sci-fi space simulation and strategy game that tells you the story of the survival of mankind in incredibly difficult conditions in the orbit of the planet Maia 412.

Here you have to take the lead and go through the most dangerous tests in order to survive! This simulation space game will test not only your strategic and tactical abilities, but also talents in the extraction of important resources, as well as in planning the expansion of your base.

Decades after successfully harvesting ice from the rings of Saturn, NovaMine Engineering discovered many rare minerals on the planet Maia 412, including pantenite, a mineral previously unknown to science. Dubbed the lava planet, Maia 412 has a sparse and mineral rich crust which, besides pantenite, consist of gold, diamonds, and other rare and valuable deposits.

The orbiting space station Persephone directly controls all Maia 412’s hazardous mining operations. Designed and built by an army of engineers, this superstructure was the most challenging and expensive project ever undertaken by mankind.

As the administrator of Persephone, you are responsible for all aspects of the mining, refining, and selling of the pantenite ore. Your job (and possibly your very survival) depends upon your success! You will be making many important decisions regarding the management of such a vast enterprise, all the while balancing NovaMine Engineering requirements against worker safety and impossible timetables.

If you think city-builders are not complicated enough, you’ll love this sci-fi space strategy game. There’s always something to do, always a new crisis. This space game does not force you to continuously come back to collect stuff. When you turn it off, it remains off. 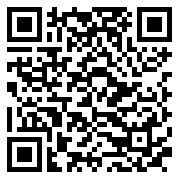