Naval Creed is a naval-battle-themed TPS game with 360° free perspective 3D graphics. Based on real history background, nearly 100 legendary historical warships are available on your mobile device! Classic battles as well as legendary warships will reenact once again, the only difference is your valuable participation. The war could always use more heroes, who command the whole fleet and conquer the world; the history will be rewritten!

The game bases its ground on the factual history of World War II. Countless sanguinary battles in the pacific battlefield of World War II will be reproduced on your device, taking you to those blood boiling classic battles. Coral Sea, Midway and other well-known battlefields in history will be reconstructed in their original way.

The game adopts instant combat operation mode, bringing the experience of highly-intensified instant competitions, 12 vs 12 fleet instant combats: sailing, accelerating, aiming, firing, launching torpedoes, all in your control. Combat matching runs under a random matching mechanism. Victory relies on the aiming and firing, but also a wise commander – tactics is essential, even it is a game, but a realistic one after all.

To make it more authentic, each projectile trajectory is separately calculated, no more”100% hit rate”. And the partial damage determination is conducted to the hull model with every single part of the armor disassembled. The strategy is upgraded again: real flight trajectory, ship tonnage, draft, speed, turning radius, inertia and other physical properties are perfectly simulated, making the battle route more technical. The game has achieved the goal of “less is more. 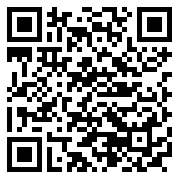