Battle with the ultimate legends and lead them into action in this online strategy RPG game! Breed, feed, raise and train Legendary and Epic monsters, then start fighting in the arena.

Collect Monster Legends to uncover their fighting skills and boost your strategy in action packed RPG battles. Build a world in the game for monsters to live, fill it with habitats and breed new species! Take your monsters on exciting quests and arena battles full of strategy. Only then will you be able to prove yourself a Master of Monster Legends!

If you’re all about multiplayer games, you’ll love Team Wars, where you’ll be able to duel other Monster Masters and win magnificent rewards and War Coins you can use to collect the exclusive monsters in the Team Shop.

Join your friends and connect with a Monster Community of over 60 million players. Start today! 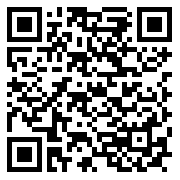