Join your friends in a brand new 5v5 MOBA showdown against real human opponents, Mobile Legends: Bang Bang! Choose your favorite heroes and build the perfect team with your comrades-in-arms! 10-second matchmaking, 10-minute battles. Laning, jungling, tower rushing, team battles, all the fun of PC MOBAs and action games in the palm of your hand! Feed your eSports spirit!

Mobile Legends: Bang Bang, 2017’s brand new mobile eSports masterpiece. Shatter your opponents with the touch of your finger and claim the crown of strongest Challenger!

Block damage, control the enemy, and heal teammates! Choose from Tanks, Mages, Marksmen, Assassins, Supports, etc. to anchor your team or be match MVP! New heroes are constantly being released!

Just like classic MOBAs, there is no hero training or paying for stats. Winners and losers are decided based on skill and ability on this fair and balanced platform for competitive gaming. Play to Win, not Pay to Win.

With a virtual joystick on the left and skill buttons on the right, 2 fingers are all you need to become a master! Autolock and target sifting allow you to last hit to your heart’s content. Never miss! And a convenient tap-to-equip system lets you focus on the thrill of battle!

Matchmaking only takes 10 seconds, and battles last 10 minutes, glossing over the quiet early-game leveling up and jumping right into intense battles. Less boring waiting and repetitive farming, and more thrilling action and fist-pumping victories. At any place, at any moment, just pick up your phone, fire up the game, and immerse yourself in heart-pounding MOBA competition. 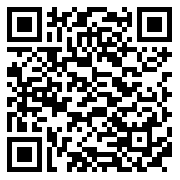