The 2018 season is here, and Home Run Derby is back with more competition, more challenge and more dingers than ever before!

In MLB Home Run Derby 18, you can dominate in your very own Derby competition and swing for the fences against millions of players worldwide.

The only official Home Run Derby Game on Google Play presented by Major League Baseball and the MLBPA. Play genuine bracket-style timed rounds in Single Player and Multiplayer Derby Mode based on the official Derby format. 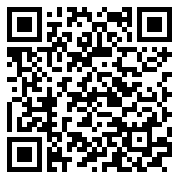