Metal Squad is a shooting action game. This game will take you through series of classic levels, various enemies and boss battles with amazing experience of side scrolling platformer games. Use various weapons filled with slug and power ups to fight your way through a multiple enemies, metal tanks, copters and put an end to the evil army leader’s and his world of terror.

Blow up all enemies in Metal Squad! Kill them all in this amazing shooter game.Please hold your arms up and face dangerous challenges ahead. 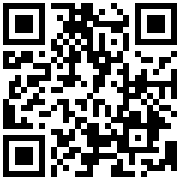