New 2018 FREE online multiplayer game of action and battles in fast cars! Battle online in post-apocalyptic arenas, load your awesome weapon, hit the gas, and turn up your tactics. All you need is speed in burning races that give way to berserk Mad battles! In this cyberpunk world, drivers hold death races, destroying their opponent’s armored cars with guns, rockets, bombs, flamethrowers, sniper rifles, and more. 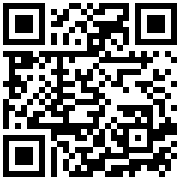