Wednesday, December 4
You are at:Home»Game»Strategy»Mercs of Boom 2.1.3 Mod APK

Mercs of Boom is a fascinating turn-based strategy game in which you become the head of your own military corporation. In the game, you have a hi-tech base at your disposal, along with the most sophisticated of weaponry and a squad of professional fighters. The future of humanity is in your hands, commander! 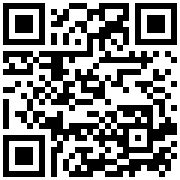