MaskGun is a competitive multiplayer FPS with great 3D graphics and gripping gameplay. It has simple to learn controls, but still skill based with its competitive gameplay and close battles. 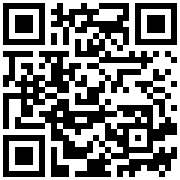