After discovering the secret of the Pride, Hydra began hunting down their children, the Runaways. Karolina Dean, Molly Hayes, and Old Lace come to Avengers Academy to find Nico Minoru. With the gang back together, the Runaways aim to defeat Hydra… permanently!

Experience the MARVEL Avengers as you’ve never seen them before! Build the ultimate Super Hero academy, and play as your favorite Avengers characters reimagined as students developing their superpowers. Enroll today and become a hero! 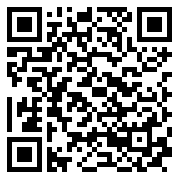