Terrorists, maniacs and other psychopaths are a plague of today’s world. They plan to nuke you and infect the world with a deadly virus, but you’re gonna shoot them, slash them, tear them apart (or convince them to vanish in any other way).

Armory is going to be a like real gun shop for you: machine guns, rifles, shotguns, grenades, sniper rifles… plus some deadly stuff of course. Every second you hesitate incredibly evil terrorists grow stronger taking over harbors, subways, oil fields… Do something! Push that bloody download button and beat them all! 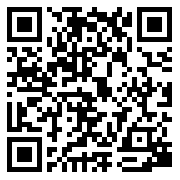