Survive in the best strategy Zombie themed war game and play by the rules of survival.

How to shelter a new day of survival in the day of the dead by building your stunning empire, train warrior, defend your empire, attack your enemies and survive the zombie Apocalypse

Prepare your Backpacks and get ready for the next stage of survival with the free game of war Last Shelter: Survival that allows you to build your own empire to shelter the last survivors and turn them into skilled warriors and powerful conquerors. Survive the doomsday and live a new day to defend against your walking dead enemies until the last man standing.

Take advantage of the special in-game Halloween content and enjoy developing your base by using Halloween gifts and Halloween rewards along with Halloween package discounts. Do you have what it takes to survive the day of the dead, defend against the walking dead and conquer the world war z? 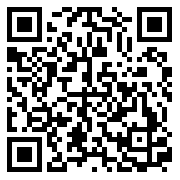