Tuesday, December 3
You are at:Home»Game»Strategy»King Of Defense 1.3.42 Mod APK

King of Defense: Battle Frontier is a special tower defense game. The combination of turrets improves the tactics for the player. In this game, players can stack the turrets together to create the best strategy for the level.

The kingdom border is alarmed by the invasion of monsters. Join the heroes and warriors of the epic battle to defend your kingdom. 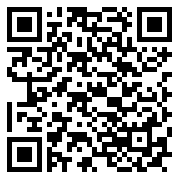