Welcome to the #1 FPS shooting sniper game on mobile! Go to war with the enemy and prove your sniper skills in the king of 3D sniper games.

Arm yourself with deadly sniper weapons, machine guns and the latest military gear to complete covert missions deep inside enemy territory! All of this in a free FPS action game.

In Kill Shot Bravo, it’s your duty to save the world. That means hunting terrorists, killing zombies and waging war on evil armies.

Call yourself a sharp shooter? Then put your skills to the test in the top free sniper game for Android. 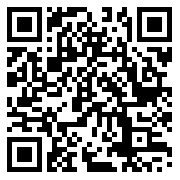