Kaiju Big Battel: Fighto Fantasy is 16-bit styled RPG featuring turn-based combat, plenty of exploration, and a funky soundtrack to pump you up. This is an officially licensed game based on the live-action monster wrestling group Kaiju Big Battel, who have been performing their Godzilla-meets-WWE act for over 20 years.

Designed for Kaiju fans and newcomers alike, Fighto Fantasy takes players on a quest across time and space as they work to undo damage caused by the evil Dr. Cube as he rampages through history in search of fame and glory. With seven main playable heroes (and a secret one to unlock), players explore six time periods and punch out dozens of deadly monsters. 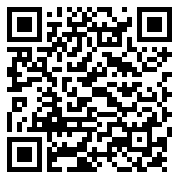