Defend the man kind! Hordes of undead creatures have attacked the Wilde West and the rest of the world, you have to help Jane Wilde slay these evil dark vampires and skeletons! 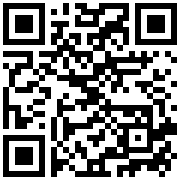