Build your castle, raise an army, lead heroes into epic, grand-scale wars against players around the world, and rule over the kingdom! Create the strongest alliance with your friends to enjoy this real-time strategy MMO game! 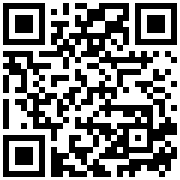