Hunting Challenge is the latest thrilling shooting game where you have to play the role of a stealth huntsman. Be wary of your surroundings and adapt accordingly. Watch out for the beasts of the forest that are out to hunt you. Kill any wild animal on sight! Do not give it an opportunity to attack you as it might be the last thing you do. It is time to load out your weapons and get your 5 star shooting fix! Be careful, wild animals are dangerous and can attack people. For best shooting results – use the scope. Do not approach your prey too close – you will frighten the animal away.

Hold the barrel of your gun and get ready to pull the trigger as you roam in this realistic environment full of unknown dangers in Hunting Challenge. With access to powerful guns you will rely on your marksman skills to kill and trap animals including Zebras, Bears, Cheetahs, Elephants, Lions and even dinosaurs escaped from parks. Hunt animals so real they nearly jump off the screen! Track down and bag the world’s most exotic and elusive game. 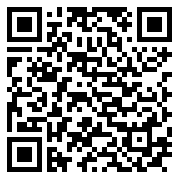