Online team-based action horror. Play in real time with other players. It is up to you to decide who will be caught and sacrificed by the angry butcher and who will escape and stay alive. 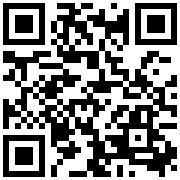