“Honkai, a mysterious force that annihilated human civilization on several occasions, has re-emerged in this once peaceful world…”

As the Captain of the Hyperion, you must lead these girls into battle against zombies and Honkai beasts in various locales around the world. Experience the girls’ unique personalities, challenge and conquer various raids and stages, and enjoy the rich storyline of the Honkai Universe! Join the Valkyries and fight for all that is beautiful in the world! 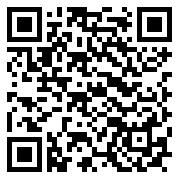