Step into the lot of Hollywhoot and get stars like Natasha Stronganoff, Can’t Miss Everdeen and James Bean to feature in your next Blockbuster! Your dreams of becoming the world’s greatest director are just beginning.

Hollywhoot parodies the greatest of what Hollywood has to offer. From the punniest characters in the academy to the perfect parody of movies and TV shows, Hollywhoot puts you in the director’s seat where you decide what happens next! Win coveted Primetime awards for your achievements and raise your directorial prestige to new heights.

The future of the film industry is in your hands. Grab your megaphone and direct your cast and create a movie 100% certified fresh by the Potatometer! 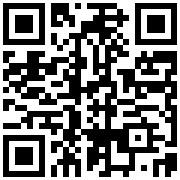