Race to your freedom. Your hands are on the wheel. Your heart is pounding. You are the city’s MOST WANTED, caught in an endless police pursuit. Are you fast enough to escape the cops in the hot pursuit of this action-packed racing game?

Vivid Games, creators of some of the most exciting free action games like Real Boxing and Godfire, bring you a new racing game like no other! Highway Getaway is a unique blend of racing game and endless runner, with the added action of a hot police pursuit.

Never back down as you race through 200 adrenaline-pumping racing missions. Refuel on the go, dodge police blockades, and catch the elusive money truck to cash-in BIG! The more wanted you become, the more cash you earn – the hot pursuit never stops!

The most wanted deserves the hottest rides. Choose and customize cars from 10 different models, including speedy sports cars and powerful trucks. As you level-up and collect cash, unlock custom looks to customize your car and drive the hottest ride on the road! Use your cash to unlock boosts and power-ups like nitro to escape any police car chase, or wrenches to fix your race car on the go.

Are you the “good guy” type? Rather be behind the wheel of a cop car? With this new feature, you can now be on the right side of the law. Take part in a hot pursuit as the police – chase the most wanted and bring them to justice!

Highway Getaway’s online leaderboards with Facebook integration let you drive to the top and compete against your friends and global leaderboards. Are you the fastest getaway driver? 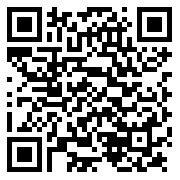