Mirages of an unknown city have been seen around the world. Is it real … or a hoax? While your detective agency is busy gathering information, your friend is dragged into the phantom city by black smoke. The only one who can save him, you must now enter the strangest place you’ve ever been … where magic, witchcraft and science work together, imagination turns real and weird creatures wander the streets. All around there are people and things gaining unusual abilities and a black smoke that seems to be alive, bringing with it enigmatic artifacts, secrets and dangers.

In order to rescue your friend and solve these unexplained phenomena, you will need to fulfill risky quests, explore dungeons, research amulets and get help from friends. Unravel the many mysteries of Shadow City as you fight monsters, confront a cult and rid the city of a horrible evil! 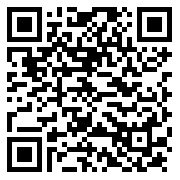