Hex Commander: Fantasy Heroes is a turn-based strategy game that will put you right in the middle of war between Humans, Orcs, Goblins, Elves, Dwarves and the undead.

Build a mighty army and lead your troops into victory using the unique skills of your heroes and units. Make use of terrain covers and buildings to boost your statistics and outwit your enemies in single-player, skirmish and multiplayer PvP modes.

In the Human campaign you assume the role of Percival Kent, an experienced paladin who has been sent by the Emperor to investigate reports of Goblin activity in a Human settlement. The kingdom is at the brink of war… Who wants it to break out? What kind of alliance will you have to forge to face the inevitable invasion of the green-skinned foes?

The Elven campaign introduces Arcaena, leader of the Elven archers. While you are trying to find Sylvius – a wise druid who can tame the forces of nature, you’ll face a powerful goblin mage and his allies. 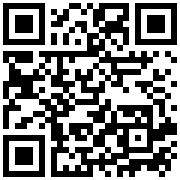