From the studio that brought you Overwatch® and World of Warcraft®, comes HEARTHSTONE®, Blizzard Entertainment’s award-winning collectable card game! Collect powerful cards and create mighty decks. Summon minions and sling spells to seize control of an ever-shifting battlefield. Wield masterful strategies and defeat all players who dare challenge you.

Experience the magic, mischief and mayhem with your friends. Clash with friends and join the millions of players enjoying Hearthstone, and DOWNLOAD TODAY! 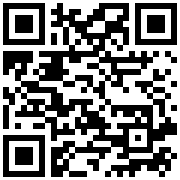